A Personal Search for a Vanishing Songbird 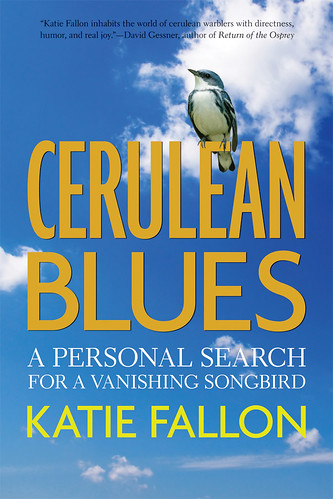 “A must for birding enthusiasts, environmentalists, and those with a reverence for life’s small wonders, who ask with Fallon, ‘If we start losing pieces of things, where will we stop?'” —Booklist

Cerulean Blues describes the plight of the cerulean warbler, a tiny migratory songbird, and its struggle to survive in ever-shrinking bands of suitable habitat. This elusive creature, a favorite among bird watchers and the fastest-declining warbler species in the United States, has lost 3% of its total population each year since 1966. This precipitous decline means that today there are 80% fewer ceruleans than 40 years ago, and their numbers continue to drop due to threats including deforestation, global warming, and an ecologically devastating practice—mountaintop removal coal mining—that affects not only the cerulean warbler but all residents of the Appalachian mountains, including humans.

With both scientific rigor and a sense of wonder, Fallon leads readers on a journey of more than two thousand miles—from the top of the forest canopy in the ancient mountains of Appalachia to a coffee plantation near troubled Bogotá, Colombia—and shows how the fate of a creature weighing less than an ounce is vitally linked to our own.

Cerulean Blues will appeal to nature lovers, bird watchers, actual and armchair adventurers, and anyone interested in the health and future of our planet.